After seeing struggles in 2018, marijuana stocks are back in the limelight. With new legalization efforts taking place and the evolution of the recreational cannabis market in Canada starting to become clearer, interest in top stocks in the industry has returned. So far in 2019, many cannabis stocks have posted big gains that in some cases have been enough to wipe out their losses last year.

Many of the companies that have pioneered the marijuana market are in Canada, and that led them to list their shares on the Toronto Stock Exchange and other exchanges that primarily serve Canadian companies. Yet as they’ve grown in popularity — and in some cases sought to make initial forays into the budding U.S. cannabis market — many marijuana companies have decided to make their shares more readily available to U.S. investors. And interestingly, the vast majority of them are selecting the New York Stock Exchange in particular, potentially making the NYSE the place to be for pot stocks in 2019. 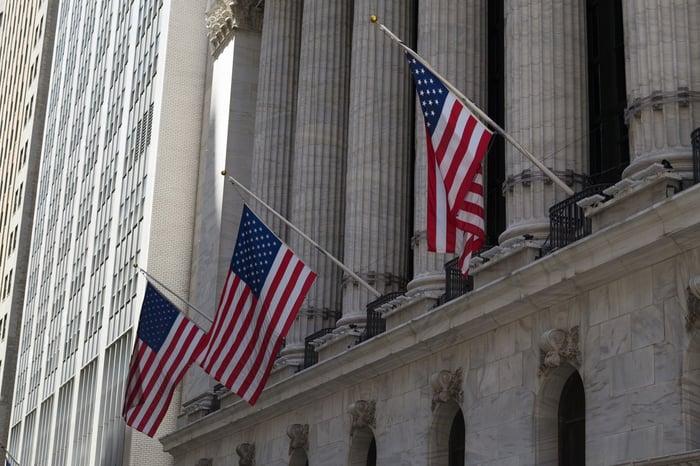 Has the NYSE won the pot battle?

The New York Stock Exchange and the Nasdaq Stock Market have had a rivalry for a long time. As the older player, the NYSE has a long history of serving some of the oldest and most respected companies in the U.S. By contrast, as the upstart, the Nasdaq has wooed innovative companies that are seeking to transform their industries. That distinction showed up most clearly during the tech boom of the 1990s, when the Nasdaq attracted the vast majority of companies in the technology industry.

All other things being equal, therefore, it would be reasonable to think that cannabis companies might prefer the Nasdaq over the NYSE. Marijuana companies want to emphasize their innovation and transformative potential, and they’re generally looking to cater to a customer base that’s in tune with the times.

During the first part of 2018, both stock exchanges did a good job of attracting high-profile cannabis companies. Cronos Group (NASDAQ:CRON) started the trend in February, choosing the Nasdaq for its uplisting. Tilray (NASDAQ:TLRY) went a step further, going with the Nasdaq for a true initial public offering, skipping the step of listing on a Canadian exchange entirely. Meanwhile, Canopy Growth (NYSE:CGC) became the first pot stock to choose the NYSE.

Yet since then, the NYSE has been dominant in its ability to attract marijuana stock listings:

Why is the Nasdaq getting shut out?

Interestingly, it might be the NYSE’s old-school reputation for quality that’s leading so many marijuana companies to give it the nod over the Nasdaq. Just look at what the leaders of some of the companies choosing the NYSE have said lately about their moves:

For the cultivation companies that are seeking to bolster their reputations and establish themselves as legitimate businesses, the NYSE seems to carry more cachet.

To be fair, though, the Nasdaq has done a good job of providing a home for another subsector in the marijuana stock realm: pharmaceutical and biotech companies looking at treatments using cannabis-derived ingredients. Many of the top names in that part of the cannabis universe have gravitated toward the Nasdaq, given its reputation for listing some of the biggest biopharmaceutical and biotech companies in the world.

Keep the NYSE/Nasdaq battle in mind

As the cannabis industry evolves, you’ll see more stocks make the move to U.S. exchanges. That’ll be a sign of their confidence in their future success, but it’ll also be another data point in whether the NYSE or the Nasdaq is winning the battle for marijuana stock listings. If the sector keeps doing as well as it’s done at the beginning of 2019, that could be an important battle for the exchanges to win.