I love a good bargain.

Especially when it comes to investing.

In fact, some of my biggest winners have come from uncovering stocks that, at one time, were trading at huge discounts.

Back in 2016, I told members of my community to buy shares of OGI when it was trading at just $0.40. It was a screaming bargain, and I practically begged everyone I knew to buy some.

Here’s how that worked out: 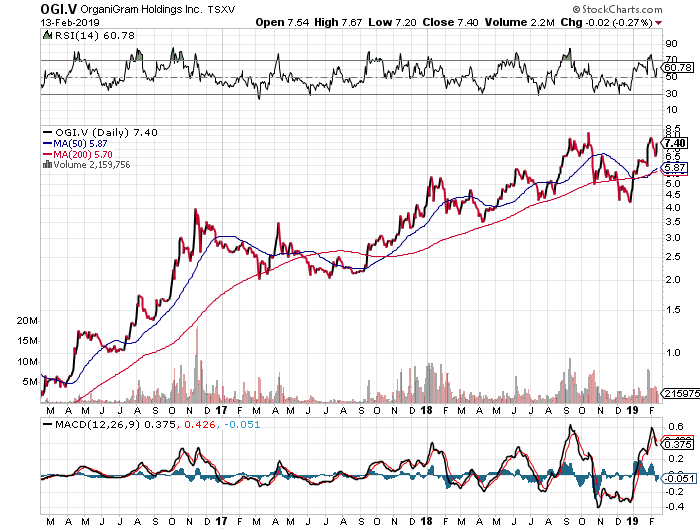 And that’s just one of many.

But the great thing about bargains like these is that there’s never any shortage of them.

You may not even know the company I’m going to tell you about now, but it’s definitely a bargain at current levels.

Last month, shares of Scorpio Bulkers (NYSE: SALT) tumbled below $4.00 after revenues came in below analyst estimates. The reaction to earnings, however, was a bit overdone, and ultimately the stock became oversold.

The company has about $74 million in cash, and for the ninth consecutive quarter, it delivered positive EBITDA. The company also recently did a stock buyback at an aggregate cost of $6.05, yet it’s still trading below $5.00 a share.

There’s currently an overall buying consensus from analysts, with a mean price target of $9.25 a share. If realized, that’s a gain of about 115%.

While I don’t know if $9.25 is in the cards, the stock is still worth at least $6.00, which means it’s still trading at a pretty significant discount.

Liberty Health Sciences is one of the biggest players in the Florida cannabis market — a market, by the way, that’s one of the most lucrative in the United States, as it is a haven for baby boomers.

According to the Drug and Alcohol Dependence journal, the number of baby boomers consuming cannabis has doubled over the past 10 years. Baby boomers are actually one of the fastest-growing segments of the U.S. population now consuming cannabis. And they have a lot more spending power than any other group. A sizable chunk of this cash will be spent in Florida dispensaries.

Now, Liberty Health isn’t the only cannabis play in Florida, but compared to its peers, it’s trading at a pretty nice discount.

You see, last year, Liberty Health got crushed after a well-publicized short attack on Aphria, Inc. (NYSE: APHA). Aphria management was actually quite instrumental in the early success of LHSIF, taking a large position in the company. But after the short attack, LHSIF also got caught up in the undertow. Shares fell more than 40%.

Truth is, the whole short attack against Aphria and LHSIF was a hustle, as most short attacks are when they’re launched by publications that directly benefit from their actions. Still, the folks who ran that short attack had enough juice to move the needle. And that’s exactly what happened.

Since that short attack, however, the stock has stabilized, and the folks who ran the short attack officially sold their positions.

I actually picked some up earlier this year after it was clear that it had not only stabilized but was inching its way back up.

Truth is, I knew the short attack on Liberty was bogus, but earlier this week, we got confirmation.

An independent third-party investigator has recently concluded that the short seller report, which launched a series of accusations, was materially inaccurate. And while this doesn’t undo the damage that was done last year, it does provide the evidence investors need to feel comfortable buying back in. And this is exactly what they’re doing now.

Certainly there are a few other cannabis stocks that’ll give you exposure to Florida, but in terms of getting the most bang for your buck, Liberty Health is the best deal right now.

Of course, there will be more, too.