Canopy Growth (NYSE:CGC) just announced that it plans to invest up to $150 million in New York state to target the emerging market for cannabis products derived from hemp, but it’s not the only marijuana company that investors ought to be paying close attention to. Aphria(NYSE:APHA) has just announced a leadership shake-up, CannTrust (NASDAQOTH:CNTTF) has said it plans to list its shares on the New York Stock Exchange, and I think Cronos Group(NASDAQ:CRON) could be the next company to follow Canopy Growth’s lead and announce a U.S. hemp strategy.

Could this company be the next to announce a U.S. strategy?

In December, Cronos Group made a big splash when it announced that tobacco giant Altria(NYSE:MO) was handing it a pile of cash and know-how in exchange for a 45% equity stake and the chance to increase that position by an additional 10% within four years. 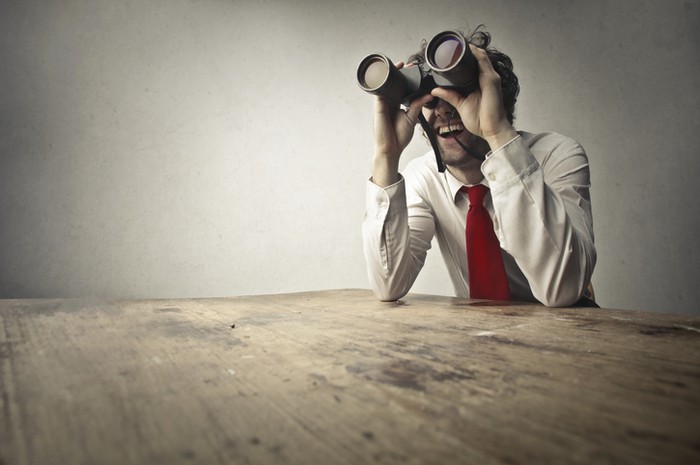 The $1.8 billion influx of capital to Cronos Group’s balance sheet from the deal immediately elevated it to must-watch status in the burgeoning marijuana market, because the new financial firepower should allow it to move quickly when opportunity strikes, such as the recent passage of the U.S. Farm Bill.

Marijuana is still illegal federally in the U.S., but the Farm Bill that was passed in December includes language that removes hemp, a low-THC cannabis strain, from the controlled substance list, allowing farmers to ramp up production and companies like Canopy Growth, and perhaps Cronos Group, to start selling hemp-derived products in America.

The potential to profit from a move into the U.S. shouldn’t be underestimated. America’s cannabis market is far bigger than Canada’s, and cannabis extracts, including cannabidiol oil, already rack up hundreds of millions of dollars in sales there. About $50 billion is spent on marijuana in the U.S. annually, while Canada’s sales are only expected to be up to 7 billion Canadian dollars in 2019.

There’s no telling when Cronos Group will target the U.S. market, but Altria has a long history of dominating the tobacco market with brands like Marlboro, and it’s got the regulatory and marketing experience and resources necessary for Cronos Group to build a winning product lineup for the U.S. marketplace.

The latest to leap to the NYSE

CannTrust is targeting 100,000 kilograms of annual production capacity. If it can deliver on that goal, it will be among the biggest Canadian pot stocks.

In December, CannTrust said it’s on track to finish an expansion that will increase its production to 50,000 kilograms annually, but its plans toward 100,000 kilograms have hit a roadblock. An interim bylaw passed by the municipality in which CannTrust had planned its additional projects has delayed permitting, forcing management to explore options, including other locations. It’s unclear when management will overcome this setback, but I suspect investors will get more insight soon given the money that’s at stake.

Investors will also want to pay attention to CannTrust press releases, because it announced earlier this month that it’s filed to list its shares on the New York Stock Exchange. Currently, investors can only buy its shares on the Toronto Stock Exchange or the risky, lightly regulated U.S. over-the-counter market. There’s no set date for shares to begin trading in the U.S., but CannTrust plans to announce a date for its New York debut as soon as it gets the regulatory OK.

Because CannTrust is a big player in Canada’s medical marijuana market (it serves more than 50,000 active patients, and its sales were CA$12.9 million last quarter) and it recently launched new brands targeting Canada’s recreational marketplace, this is definitely a cannabis stock worth watching.

Most marijuana stock rallied up ahead of Canada’s legal adult-use market opening in October only to see their share prices fall afterward as investors “bought the rumor and sold the news,” but the sell-off was particularly dramatic for Aphria, Canada’s third-largest cannabis company. 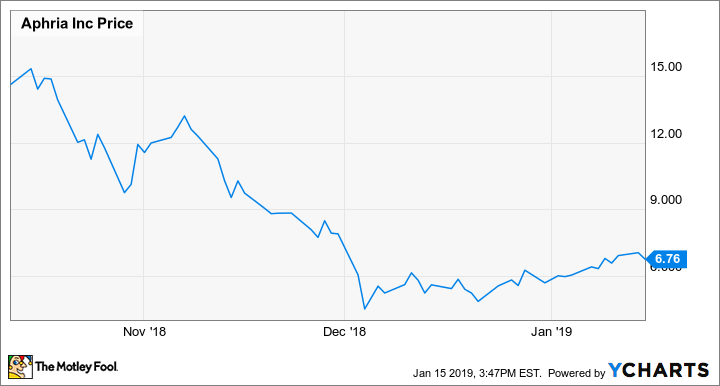 A report issued by short-sellers questioning the prices Aphria paid for international acquisitions last year caused a sharp sell-off, prompting the company to launch an internal, independent investigation into how it handled those deals. There’s no set end date for this internal review, but the outcome is important to restoring confidence in Aphria’s corporate controls.

Long considered one of Canada’s lowest-cost producers because of its focus on greenhouse production rather than indoor facilities, Aphria reported its fiscal second-quarter results on Jan. 12. In the quarter, revenue was CA$21.7 million, up 63% quarter over quarter and 155% year over year. That news, however, was somewhat overshadowed by news that co-founder Vic Neufeld, who was one of the executives highlighted by short-sellers, will transition out of his current role as Aphria’s CEO. His co-founder Cole Cacciavillani is also stepping aside, but both plan to remain on Aphria’s board of directors. The company says it’s searching for new leadership with experience better suited to executing on global growth plans, but they may also want a proven operations pro.

In recent quarters, Aphria’s marijuana yields have fallen, contributing to a sharp increase in its adjusted gross margin. Last quarter, the yield was only 47%, down from 64% in the prior quarter and 77% in the quarter before that. Additionally, the company had initially said that expansion plans that would allow it to reach an annual production of 255,000 kilograms per year had originally been slated to be achieved early in 2019; however, delays in permitting now have it forecasting reaching that target by the end of the year.

Because of the ongoing internal review, leadership changes, and recent setback to its production growth timeline, it will be important to see what happens next for Aphria, including who the board will select as its next CEO.